Haiti : Between Covid-19 and the preparation of a new constitution 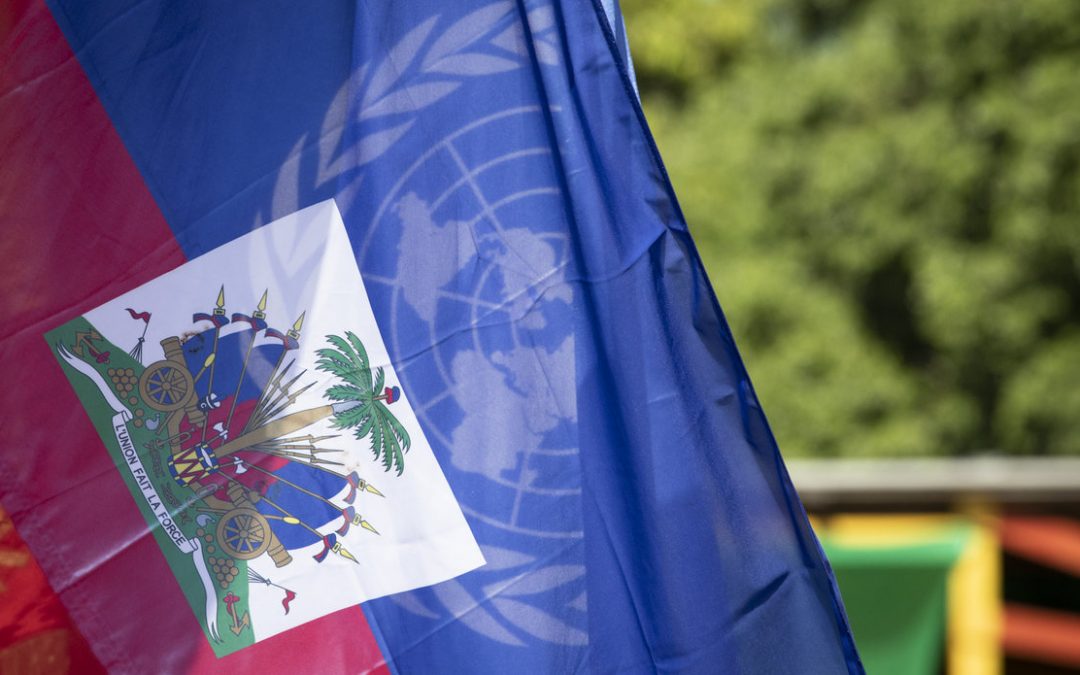 During this month of June 2020, Covid-19 has continued its course in Haiti. On June 16 2020, more than 4.500 infections had been registered and 80 deaths linked to the disease have been counted. The numbers in Haiti don’t come close to those registered in other countries with regard to high levels and peaks in the statistics. This seems to deny a little the idea of a peak as announced by the government. But observers think instead these low numbers are caused by a lack of tests carried out. At the same time, many people complain of fever and it is not always sure when someone passes away if this might have been because of the corona virus.

But the news about Covid-19 seems to have given way to other more important issues: the political and economic situation in the country. All of a sudden the government has issued a number of decrees of which some are giving more cause to concern than others because they profoundly affect the rights of the individual.  This is the case with the decree about the identity documents of which the main objective seems to be to force all citizens to obtain this new identity card, still only known by the name of the German company producing the card: Dermalog card. The card is highly criticized because of the way the choice for the company was made, and the role played by the president’s wife in the selection process, which is seen as a means of the government to control the next elections by getting their hands in the data base. Confronted with many demonstrations, the government has recalled the decree, because of some technical errors that they want to correct. But the intentions of the decree continue to give rise to serious worries.

But most talked about in the news is  the recent announcement of people close to the government that preparations of a  new Haitian constitution are being negotiated. It seems that talks are already taking place about the selection of the members of a constitutional assembly. And apparently president Jovenel Moise has encountered support from the BINUH (Integrated Bureau of the United Nations in Haiti) for this initiative, as the BINUH suddenly issued a press release proclaiming that the current situation in Haiti calls for a constitutional reform. “The constitutional reform –  an opportunity to relaunch the country” is the title of the BINUH’s press release.[1] In this press note the BINUH is stating that they have been following the ongoing debate about the end date of the president’s mandate and are inviting the different parties to overcome their differences and instead find a mutual understanding in a revision of the constitution and the organisation of elections. Remember that the constitutional reform is part of the mandate given to the BINUH by the Security Council. A mandate that has been widely criticized by Haitian organisations that in a public statement released January 2020 wrote: “the organisations are worried as to whether the letter[2] of General Secretary António Guterres dated May 13, 2019 is predicting assistance of the BINUH with regard to a constitutional reform of the Haitian government[3]. Resolution 2476 (2019) that created the BINUH provides for a consultative group “charged with questions about politics and good governance, with consultative capacities regarding good governance, justice, elections, constitutional reform, … “[4] The Haitian organisations are warning about a possible support of the United Nations for this constitutional reform while the democratic institutions in the country are not in place at the moment and the president is very unpopular.”

Looking at the statements from the Haitian government and those of the international community everything seems to indicate the preparations of a new constitution for Haiti are well underway, without the participation of the population. There is even already talk about a referendum to approve it, while according to the Constitution this is forbidden. The way this is going, with new decrees being made public each week, we may  well wake one morning and find there is a new constitution. All this is happening while the government is maintaining a curfew and demonstrations  are forbidden under the excuse of protection against Covid-19.

Meanwhile the opposition is not ready to accept the current state of affairs. Even though the opposition has been talking a lot about a new constitution, they are not ready to accept this under any condition. Here and there  people are already preparing themselves for demonstrations because of the numerous political and economic grievances. Given this situation, the second half of 2020 will be a very heated one in Haiti.

Representing the COEH in Haiti