Haiti crisis: who is at the steering wheel? 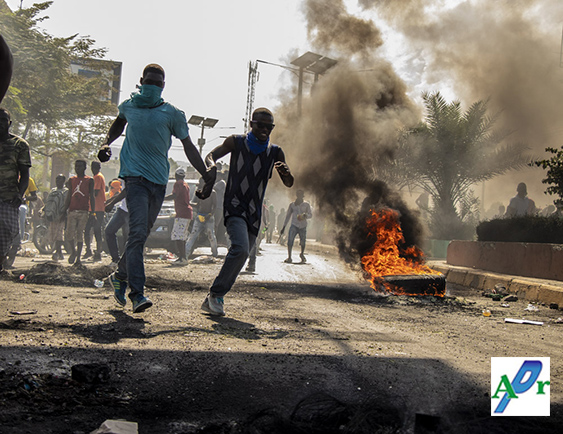 In February of this year, Haiti experienced two weeks of total blockadeiunder the label “locked country”, which means “everything is blocked”. The aim of this opposition-lead movement was the resignation of the current president, Mr. Jovenel Moise, as well as demanding accountability for the spending of the Petrocaribe Funds (the programme of buying fuel from Venezuela). It has not been conclusive. In the aftermath, the recently appointed Prime Minister, Mr. Henry Céant, was forced to resign. Nearly two months later, he still has not been formally replaced. Meanwhile, the country is like on “Pause «  or “hold” for many things, including promised financial support from the international community, such as the European Union and the IMF.

Though it may seem that after “operation locked” life continued as before, in reality many institutions are no longer functioning. They seem to have broken up and gone into hibernation. The public services are marked by numerous  strikes demanding better working conditions or the outstanding payments of salaries. At the same time the economic situation continues to deteriorate and the exchange rate of the gourde reached a new high of 90 gourdes to the American dollar at the end of April. And this is of course not without repercussions on people’s living conditions. The state with all its devices is doing practically nothing, neither trying to stop this crash landing, nor taking care of the essential basic services. Every once in a while there is a shortage of gasoline without any explanation. The apparatus of the state seems to be completely paralyzed and nobody seems to be responsible of anything.

On top of all this there are the movements of armed groups in the principal cities of the country and in the Artibonite, the bread basket of the country. In April, two more massacres took place, when armed groups killed civilians: the first happened in Tokyo, a public market area bordering on La Saline; the second was in Carrefour Feuilles (south-east of Port-au-Prince). Even though the number of victims in Tokyo is still not known, the impact is clearly visible for people crossing La Saline Boulevard, presenting a sad image of burned huts, deserted, as if one is walking through a war zone. According to human rights organizations, six people were killed In Carrefour Feuilles on the evening of April 24, and a dozen were seriously wounded during a gunfight set off by armed groups that were attacking peaceful citizens going about their business.

This last event has awoken the conscience of citizens who have expressed their discontent about a resigned state that has abandoned its population to armed civilians and offering no security or basic services. In reaction to widespread criticism the police has tried to do something and has announced the capture followed by death of the gang leader who was responsible of the Carrefour Feuilles massacre. A number of other members of armed groups appear to have also been arrested. But these impressive announcements have not calmed down the worries of the people who have increasing doubts about the existence of the Haitian state and of its real goal. In Haiti, people ask themselves what is the use of authorities who are enjoying all kinds of privileges using taxpayers money without taking any responsibility? The issue of the need to rebuild the state is again on everybody’s lips.  As a result, people are beginning to talk and are discovering mafia-like complicities between people high-placed in political and economic power and these armed groups that are terrorizing the population. Some information has leaked through about a big arms and munition business, causing even more insecurity. Meanwhile, no legal action has been taken against the potentates.

In this context of total resignation of the state, observers ask themselves who is really at the steering wheel in Haiti?