Massacre of La Saline: The Haitian State has not protected its citizens 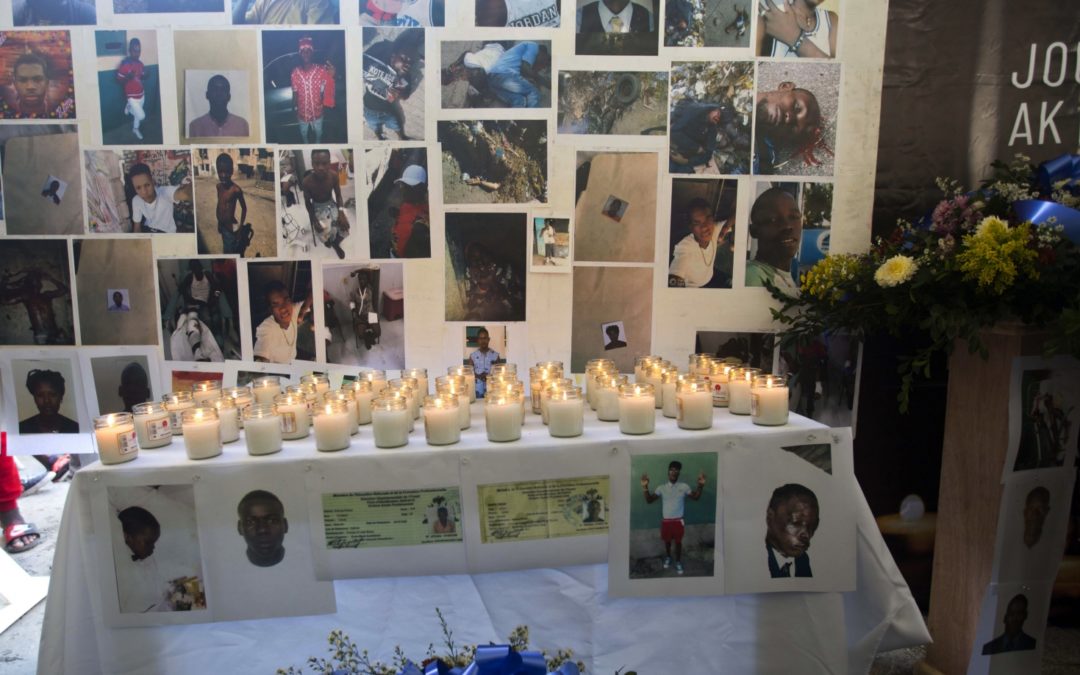 In June 2019, the United Nations Mission for the Support of Justice in Haiti (MINUJUSTH) and the Office of the High Commissioner for Human Rights published a report on the massacre perpetrated on 13 and 14 November 2018 in La Saline, a popular district of Port-au-Prince.

The publication of this report by UN bodies came to answer a question which by more than one had repeatedly been posed to MINUJUSTH, the UN mission present in Haiti which is supposed to work on strengthening the judicial system. One may wonder: why this silence on the part of MINUJUSTH while the tragedy of the Saline had already leaked a lot of ink and saliva, and had been the subject of several reports from human rights organizations in Haiti such as RNDDH, Fondation Je Klere and Justice et Paix, among others.

It should be recalled that since the end of 2018, following the massacre and the first reports of more than 50 deaths, the Coordination Europe-Haiti has taken actions, through its Steering Committee and its members, to alert the European Union and the chancelleries of EU Member States on this serious incident by encouraging them to request an independent investigation by international bodies.

The information revealed in the UN report coincides with the information that had already been published by human rights organizations. But they raise a fundamental point: the obligation of every State to protect all its citizens, whatever their social origin, their sex, their religion, or their area of ​​residence.

In this context, the title of the report is evocative: “La Saline: Justice for the Victims”. The state has the obligation to protect all citizens. Indeed, reading the report, it is clearly noted that all state institutions, some of which have their headquarters near the site of the massacre, did nothing to prevent it, to stop it and to protect people. who shouted for help. The police’s explanations of its inaction, revealed by the MINUJUSTH report, are unacceptable. On the other hand, names of senior state officials are cited and still they all remain in office and no decision is yet taken against them.

The behavior of the Haitian state after this strategy has made several human rights organizations say that this is a “state massacre carried out with the complicity of the highest authorities”.

Indeed, more than six months later, the survivors have still not received help, the spaces where the massacre took place are not cleaned up and the actions of judicial authorities on this serious file are still timid.

La Saline is one of the oldest neighborhoods in Port-au-Prince, still very marginalized, in which is one of the most important markets in Haiti, and where a lot of money is brewing. Today, the control of this neighborhood and the market is disputed by several groups, some of them armed and in connection with politicians close to power.

The treatment given to the La Saline massacre by the Haitian state is more than one indicator that the Haitian system operates on the basis of social exclusion and that it is necessary to work on a fundamental reform, so that all citizens are at all times counted, respected and protected.